Realistic screen time solutions for kids (and their parents) 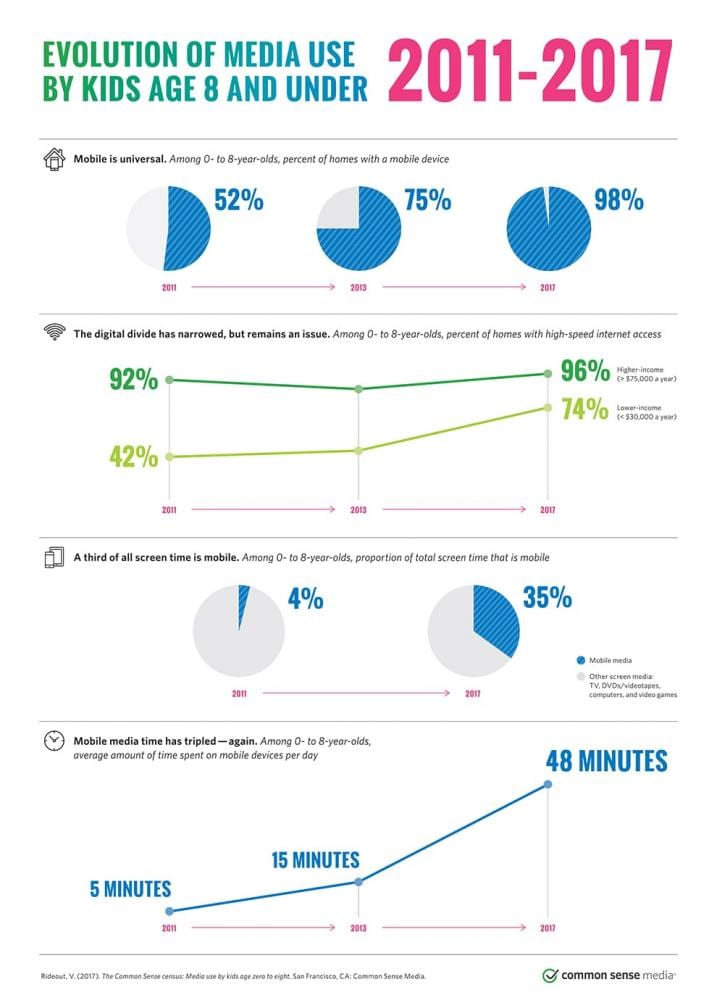 Here are some great guidelines from the article:

Anya Kamenetz, author of The Art of Screen Time: How Your Family Can Balance Digital Media and Real Life, a mother of a six-year old and a toddler, monitors her own kids’ screen time quite closely. “In our house video watching is a Saturdays-only activity for the big girl,” she said. “Having clear rules works well for us at this age. During the week she gets three iPad sessions of 20 minutes to half an hour. We also have exceptions like travel, vacation and sick days, but even on screen days we make sure to balance with other activities,” she says.

When kids get older and need laptops for schoolwork, it’s common for limits to get more fluid. “I have three children and two stepchildren, and screens are a huge part of all of their lives,” says Hill. In his home, family meals and bedtime are screen free, social media use is monitored, and he is “constantly assessing” how screens affect his children’s grades and moods. “It’s always a work in progress,” he admits.

Need help getting your head around when and how to set limits? You can create an action plan that works with your family’s lifestyle by using the American Academy of Pediatrics’ Family Media Plan.

2. Teach them to prioritize

Horwitz softly bans devices from his two daughters, aged nine and seven, until all that needs to get done is done. “On a school day, our schedule is no iPad or TV until after homework is completely finished, a little free time, then no devices during dinner, a little more free time, then no devices or TV until a list of chores is complete. We put a hard stop on iPad and TV at bedtime,” says Horwitz.

It’s hard to tell a teenager not to keep a tablet in her bedroom overnight if you didn’t start that habit when she was in grade school.

3. Practice what you preach

With her young children, Kamenetz leads by example — and indulges in a little subterfuge. “I try to make sure my kids are absorbed in another activity before I quickly check my email. I leave the phone in another room during the morning and bedtime routines,” she says, adding that clear limits now can only help later. “It’s hard to tell a teenager not to keep a tablet in her bedroom overnight if you didn’t start that habit when she was in grade school,” she adds.

Kamenetz says it’s just as important to discuss why limits are necessary. “We can share strategies around things like productivity and focus. We can model our homes as a haven and decompress with occasional and regular screen-free times. We can share our concerns about real-world consequences we observe, from loss of sleep, to online drama and bullying,” she says. “I have adopted the practice of verbalizing why I am picking up my phone, as in ‘Let’s check the weather.’ This helps kids understand that you are not just ignoring them and reinforces the idea that we should have a purpose when picking up our phones,” she explains.

When your kids get older, Hill recommends collaborating with them to set expectations, writing them down and revisiting them as necessary — the American Academy of Pediatrics even has a tool for it.

I have adopted the practice of verbalizing why I am picking up my phone, as in ‘Let’s check the weather.’ This helps kids understand that you are not just ignoring them and reinforces the idea that we should have a purpose when picking up our phones.

Broken rules require consequences — like repossession.“We’ve tried everything from physically removing a TV from our family room last year, to locking down the kids’ iPads with parental restrictions last week,” Horwitz admits, adding, “The most effective thing I’ve done is to take physical possession of the iPads at night, but even that is challenging, because the kids now use their iPads for wake-up alarms.”

High schools across the country are beginning to explore ways to prevent smartphone abuse on campus. According to a recent NPR story, some are starting to use Yondr pouches to secure them until the end of the day.

In the not-too-distant future, help may come through the device itself. Horwitz believes parents will eventually have “granular parental controls” in smartphone operating systems or “permitted,” “limited” and “impermissible” apps and web sites. “Parents should be able to allow unlimited access to some content — say, books, news or educational apps — while providing time- or content-limited access to others, and specifying others that are not allowed. iOS has some of this now, but certainly not enough,” he says.

Even so, it’s well worth setting limits when it comes to screens. “As our kids become adults, they’ll be surrounded by more and better technology than we could have ever imagined when we were children,” says Horwitz. “Screens of various sorts will be everywhere. I would rather teach my children how to utilize technology and properly manage their screen time now, than leave them at a disadvantage as adults.” 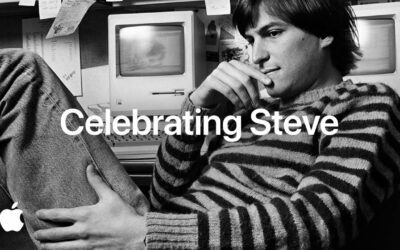 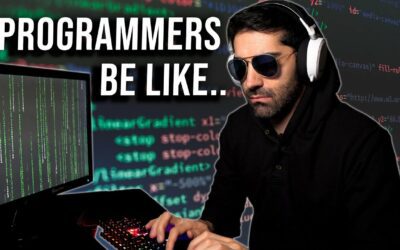 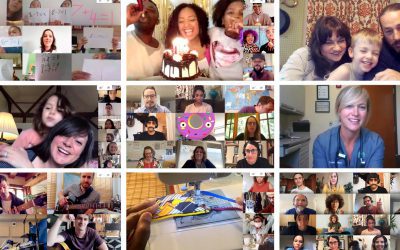